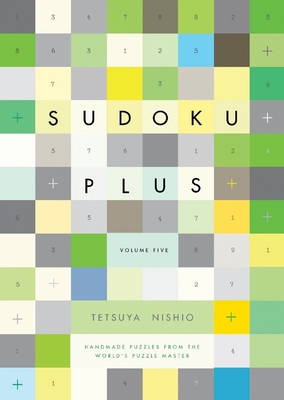 Following in the challenging footsteps of its predecessors, Sudoku Plus Volume Five offers 101 Sudoku puzzles--and additional new brain teasers for those seasoned veterans who want to take their skills to the next level and beyond! Vertical dreams up puzzle books that are much more daunting and ultimately satisfying because they're conceived and constructed by a human brain--that of the genius puzzle-crafter Tetsuya Nishio.

The Times of London calls Tetsuya Nishio the undisputed grand "puzzle master" of Sudoku: "a bespectacled fiend from the darkest suburbs of Tokyo who spends his every waking hour devising abominable new ways to torture our brain cells." Tetsuya invented O-ekaki puzzles in the late 1980s, and is one of the first puzzle developers to custom-make logic puzzles such as Sudoku, which had until then been computer creations. Nishio is also the chairman of the Japan Puzzle Team at the annual World Puzzle Championships, and is a contributor to Higher Sudoku.
Loading...
or
Not Currently Available for Direct Purchase