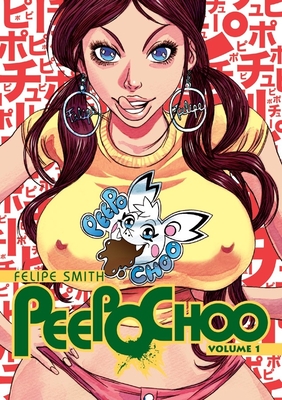 They say you cannot choose where and when are born; we are gifted into the worlds are parents are living at the time.  Whether a blessing or a curse, as individuals we must make the most of our environments to advance as best possible given the circumstances present.  For the cast of Peepo Choo, their places of birth, whether they be the suburbs of Tokyo or the South Side of Chicago, appear to be a curse they cannot escape...until they realize the world is a much smaller place than they thought.

On the surface Milton appears to be your average a high school student living in the thugged out streets of Chicago's South Side. As is the case with many teens looks can be deceiving.  When he's not at school or riding the metro, he is at the local comic shop cosplaying as his favorite Japanese animation character Peepo Choo!  A hardcore fan, Milton knows every line from the Peepo Choo animation by heart.  He can happily replicate the Peepo Dance with ease, and genuinely believes the world depicted in this cartoon is "the real" Japan.

On the other side of the Pacific lives Reiko.  A teenage model on the rise, she also has another side of her.  Reiko is a feminist working hard to someday move overseas to a place where she could be treated equally and fairly by men and women.  In Japan, Reiko feels she is a teenage sex object, and after a number of interactions with young Americans in Tokyo she begins to believe that her American dream is going to be painfully similar to her worst Japanese nightmares.

Chance would bring the two teens together. But in this case fate comes in the form of the underworld!

Felipe Smith was born in 1978 in Akron, Ohio.  Raised in Buenos Aires, Argentina, Felipe comes from the most unlikely of backgrounds for a manga artist published in Japan.  Educated in an international school, while other kids where playing soccer and basketball, Felipe was considered the school's artist.