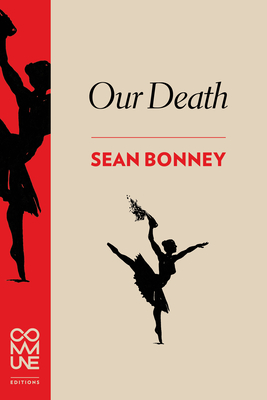 Long recognized as a poet of radiant fury, of lament, and of refusal, Sean Bonney is a modern-day Blake whose poetry reminds us what matters. Our Death, his latest and long awaited first US collection, is full of poems of militant despair that refuse any capitulation to the worldview of the enemy. These poems wander the hinterlands of our absolutely endangered cities, chart the aftermath of the collapse of the social movements of the early part of the decade, and pay homage to the Greek anarchist poet Katerina Gogou.

Sean Bonney's poetry has been translated into several languages. His works include Letters Against the Firmament (Enitharmon Press, 2015), Four Letters, Four Comments (Punch Press, 2012), and Happiness (Poems After Rimbaud) (Unkant, 2011). He is currently based in Berlin.
Loading...
or support indie stores by buying on