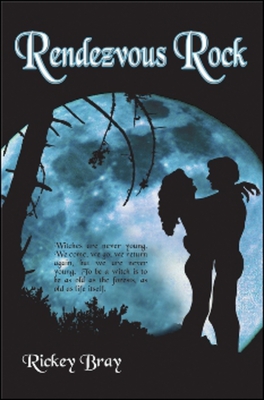 While vacationing in the mountains, Eric meets an unusual girl, Susan, who has sparkling, emerald eyes that are unusually captivating. They are a unique, singular shade of green and seem to be imbued with an ancient fire that even a spoiled, youthfully unperceptive Eric could easily feel. He senses a strange maturity about this mysterious girl and is drawn to her like a magnet.When I said we would never be married, I meant in your way, Susan said. Will you marry me in my way? Right now?Even though numerous questions clamored in his head, Eric easily replied, Of course.Eric's answer was far too easy in Susan's opinion. As she mused over his quick reply, she speculated on how to best explain their strange situation in terms that he could understand, an impossibility to do beforehand. He would have to commit himself, then learn the truth. It was unfair to the extreme, yet unavoidable under these very peculiar circumstances, and thus Eric is drawn into a mysterious world.

Oklahoman Rickey Bray became a writer after a series of personal tragedies. Following a car accident involving a drunk driver and the death of his wife and two children, he turned to drugs for consolation which eventually resulted in twelve years of incarceration, a life-altering experience resulting in the start of his prolific writing career and this debut novel.
Loading...
or
Not Currently Available for Direct Purchase