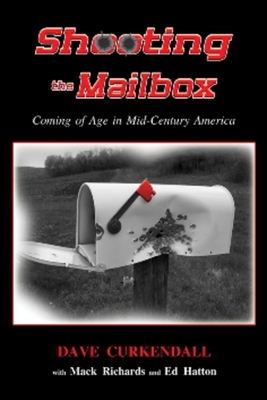 Coming of Age in Mid-Century America

Huck Finn meets Jack Kerouac. In this true adventure story, three farm boys run away from their homes in Upstate New York all the way to California to escape the consequences of a mailbox shooting incident. The year was 1952; the road is Route 66; Dave, Mack, and Ed were 16.Believing they were pursued by the local police, they crowd themselves and their belongings into Ed's 1936 Ford Roadster, leave their ancestral home and turn towards the open road. They runaway from home - or drive away if you will -escape the police and, temporarily at least, the consequences of their crimes.After spending a harrowing week on the road, most of it on Route 66, they arrive in Burbank, CA, exhausted, near broke, but buoyantly happy that they have reached their goal. Neither the buoyancy nor the happiness is to last. The story evokes a long-gone era when the world was new, the skies were clear, and headstrong boys could survive on their own surrounded by the essential goodness of the country.

Born and raised on a small farm in upstate NY, after surviving the travails described in this book, Dave Curkendall attended Cornell and UCLA, worked for many years at Caltech's Jet Propulsion Laboratory. In the 80's, he helped lead ACE Computers to brief prominence but returned to JPL to lead the Hypercube Project. He now lives in Altadena, CA.
Loading...
or
Not Currently Available for Direct Purchase