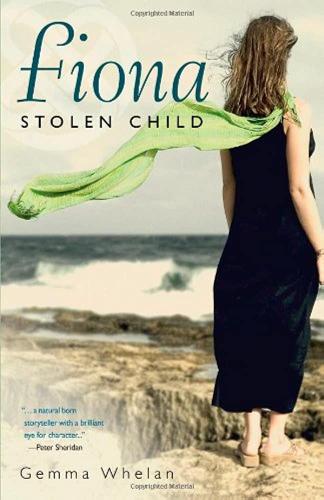 Fiona Clarke, an Irish writer living in New York, has been running away from her past since she left rural Cregora, Ireland, for boarding school. That past finds her, many years later, when her thinly veiled autobiographical novel is optioned for a movie. Working as the film's consultant, Fiona unearths deep secrets, relives childhood trauma, and connects with an estranged family thrust back into her life. As her history opens upon her, Fiona must stop running and confront her secret shame: her long-held sense of responsibility over the death of her little sister.

"Gemma Whelan is a natural born storyteller with a brilliant eye for character and description. Her writing oozes with class."

"Gemma Whelan’s Fiona: Stolen Child is amazing. It’s a story of an Irish writer living in America who is collaborating on a film script of her own life which forces her to confront the lies and deceptions of her past, lies that have poisoned her relationships and walled up her creativity.

This is a richly textured novel, written with passion and style; an absolute delight to read.”

—James N. Frey , How to Write a Damn Good Novel, The Long Way to Die, and Winter of the Wolves


"Fiona is the captivating odyssey of a writer who, seeking fulfillment in Manhattan and Hollywood, is drawn back inexorably to face her roots in rural Ireland.

Beautifully written, populated with memorable characters, possessed of a page-turning plot, the novel unspools in the imagination like a rich and wonderful film – and resonates afterward in the heart.”

—Darryl Brock, If I Never Get Back and Two in the Field.

"Set in the U.S. and Ireland, this fascinating novel within a novel poignantly illuminates the protagonist's heroic struggle to reconcile the complexities of her hopeful present with a haunted past, richly rewarding the reader with lustrous language and a spellbinding story!"

Gemma Whelan is an Irish theatre director, teacher and performer. After moving to San Francisco, she directed more than sixty stage productions and was founding artistic director of two companies: GemArt and Wilde Irish Productions. She has written screenplays, and has written, directed, and edited short films. She has graduate degrees in Theatre (University of California, Berkeley) and Film (San Francisco State University) and teaches at Portland State.
Loading...
or
Not Currently Available for Direct Purchase