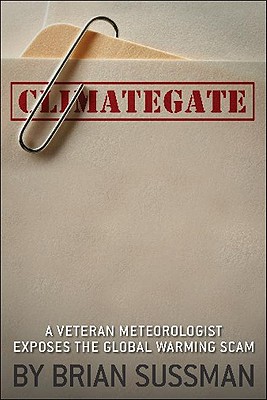 Those now notorious intercepted emails documenting leading scientists conspiring to squelch global-warming skeptics and falsifying data proved exactly what Brian Sussman has been saying for years. Climategate is intended for anyone who has ever expressed skepticism about the clamorous environmentalist claims that the Earth is in peril because of mankind's appetite for carbon-based fuels.By tracing the origins of the current climate scare, Sussman guides the reader from the diabolical minds of Marx and Engles in the 1800s, to the global governance machinations of the United Nations today. Climategate is a call to action, warning Americans that their future is being undermined by a phony pseudo-science aimed at altering and dominating every aspect of life in the United States and the world.

Brian Sussman is a San Francisco Bay Area media icon. For over twenty years he served as the region's most celebrated television science reporter and meteorologist. He currently headlines a conservative talk radio morning show on KSF0-AM and is the author of the bestselling book Climategate: A Veteran Meteorologist Exposes The Global Warming Scam .
Loading...
or
Not Currently Available for Direct Purchase