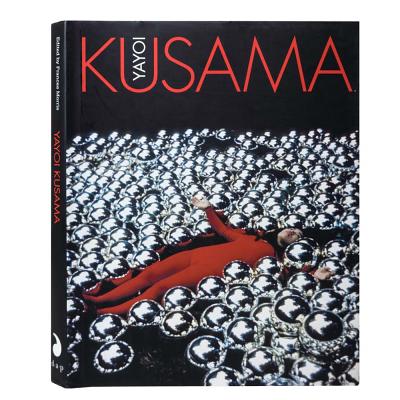 Accompanying the first major American retrospective exhibition of Yayoi Kusama's work, and an exhibition at Tate Modern in London, this volume offers a definitive monograph on Japan's most famous living artist. It features a wealth of works from all periods in Kusama's career, as well as essays by various international curators and critics, discussing Kusama's years in New York, her career after her return to Japan, her installation works and the psychoanalytic import of her art. Kusama's originality, innovation and sheer drive to make art have propelled her through a career that has spanned six decades, encompassing painting, sculpture, printmaking, photography, collage, film and video, performance, installation and even product design. From the late 1950s to the early 1970s Kusama lived in New York, and was at the forefront of many artistic innovations in the city, becoming close with artists such as Donald Judd, Andy Warhol, Joseph Cornell and Claes Oldenburg, and influencing many others along the way. It was in these years that Kusama was dubbed "the Polka Dot Princess," for her obsessive use of polka dots in installations and happenings. Returning to Japan in her forties, she rebuilt her career, waiting years for the international recognition that she has recently achieved. Now in her ninth decade, Kusama's imagination remains fertile and productive, as she continues to devise dazzling installations and relentlessly hand-paints her ongoing series of minutely detailed figurative fantasy paintings.
Yayoi Kusama was born in Matsumoto, Japan, in 1929. She left Japan for New York at the age of 28, following a correspondence with Georgia O'Keeffe, and was soon participating in the city's 1960s wave of happenings and avant-garde activities. In 1973, Kusama returned to Japan and began writing surrealistic novels and poetry. On November 12, 2008, Christie's New York sold a work by her for $5.1 million, a record for a living female artist.
or
Not Currently Available for Direct Purchase
Copyright © 2020 American Booksellers Association