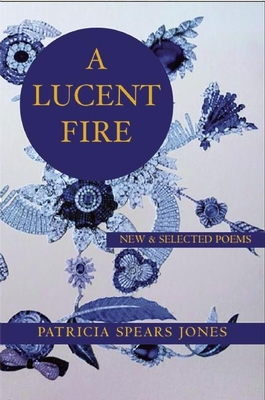 Vibrant with the intensity of blues singers.--Feminist Bookstore News

Patricia Spears Jones is cosmopolitan blues goddess alive on the wind stream of transnational homemade intimate gossip. Her poems are a highly effective antidote to living in a country where caring seems to have been placed on the Endangered Activities list.--David Rivard

Patricia Spears Jones reminds me of those wisecracking, foolproof women in the old films she so lovingly dissects--the ones whose deadsure, replenishing humor and never-fail good sense causes the audience to sit up and clap.--Cyrus Cassells

She has given us a world where music and brains are allowed to co-exist with instinct, where the lyric and the literal may dwell without eyeing the other with suspicion.--Cornelius Eady

From The Perfect Lipstick:

It is why I appreciate my favorite shade of lipstick:
Sherry Velour.
Sounds like the name of a drag queen from the early seventies.
One of those strapping Black men who had enough of playing macho,
put their feet in five-inch heels and made saints of Dinah Washington,
Rita Hayworth and a very young Nina Simone.
So, on goes this lipstick. Pretty for parties.
Fatal for festivals.
Sherry Velour and her hot discoveries:
light above the fog,
a toy ship.
Black men in sequined dresses and the click of new words
in the new world where the most dangerous of dreams
come true.

Patricia Spears Jones was named by Essence.com as one of its 40 Poets They] Love in 2010.

Patricia Spears Jones: Arkansas born and raised; resident of New York City for more than three decades, Patricia Spears Jones was named by Essence.com as one of its "40 Poets They Love" in 2010. She is author of the poetry collections: Painkiller, Femme du Monde and The Weather That Kills.
Loading...
or support indie stores by buying on