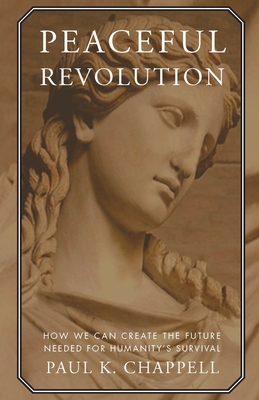 How We Can Create the Future Needed for Humanity's Survival

If you think world peace is a naive concept, Paul K. Chappell's very
existence will give you pause. It's not enough to say that Chappell - a West
Point graduate and Iraq War veteran - is a soldier turned peace leader.
Experiencing a traumatic upbringing and growing up mixed race in Alabama,
he's a young man forged by violence, rage, and racism into a living weapon
for peace. By unlocking the mysteries of human nature, he shows how the
muscles of hope, empathy, appreciation, conscience, reason, discipline, and
curiosity give us the power to end the wars between countries, our ongoing
war with nature, and the war in our hearts.

Paul K. Chappell graduated from West Point in 2002. He served in the army for seven years, was deployed to Baghdad in 2006, and left active duty in November 2009 as a Captain. He is the author of Will War Ever End?, The End of War, and Peaceful Revolution, and he is working on his fourth book, The Art of Waging Peace. He is currently serving as the Peace Leadership Director for the Nuclear Age Peace Foundation, and he speaks throughout the country to colleges, high schools, veterans groups, churches, and activist organizations.
Loading...
or
Not Currently Available for Direct Purchase