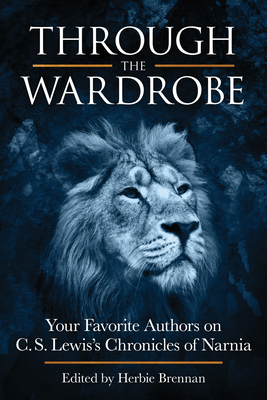 Your Favorite Authors on C.S. Lewis' Chronicles of Narnia

The third in the latest film version of C.S. Lewis' beloved Chronicles of Narnia, The Voyage of the Dawn Treader, will be released in December 2010. In a crowded market of predictable tie-ins, Through the Wardrobe—a collection of always thoughtful, frequently clever explorations of the series by sixteen popular YA authors that proves the series is more than its religious underpinnings—stands out.

Step through the wardrobe and into the imaginations of these friends of Aslan as they explore Narnia—from The Lion, the Witch and the Wardrobe to The Last Battle, from the heart of Caspian's kingdom to the Eastern Seas. Find out:

The series' roots in C.S. Lewis' Christianity are important, but there's more to Narnia than just the religious symbolism. Through the Wardrobe, edited by internationally bestselling British fantasy author Herbie Brennan, reveals new levels of richness and delight the other Narnia books overlook.

Herbie Brennan is the author of the New York Times bestselling Faerie Wars series, among many other titles, and the editor of Through the Wardrobe: Your Favorite Authors on C.S. Lewis's Chronicles of Narnia.