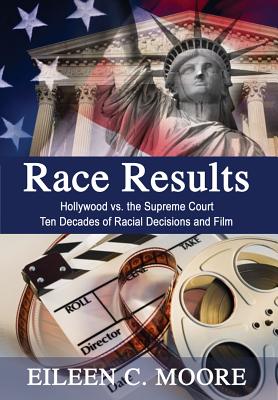 Hollywood vs. the Supreme Court: Ten Decades of Racial Decisions and Film

You will never watch a movie the same way again. Winner of gold medals from the National Indie Excellence Awards: African American Nonfiction and the Foreword Book of the Year Awards: Popular Culture, a bronze medal from the IPPY Awards: Current Events II (Social Issues/Public Affairs/Ecological/Humanitarian), and was a finalist in the Foreword Book of the Year Awards: Performing Arts. Author Eileen Moore, brings a fascinating decade-by-decade comparison of Hollywood films and Supreme Court decisions, and then shows how this affected our lives. Beginning with The Birth of a Nation in 1915 and continuing on through the new millennium, a surprising fact is that the United States Supreme Court, often perceived as out-of-touch and stuffy, is often far more fair and liberal in their treatment of blacks than Hollywood. Offset beautifully by more than twenty black and white photos, this in-depth study is sometimes shocking, often surprising, and is a must-read for anyone interested in the history of film, law, race relations, civil rights, pop culture . . . even our country.