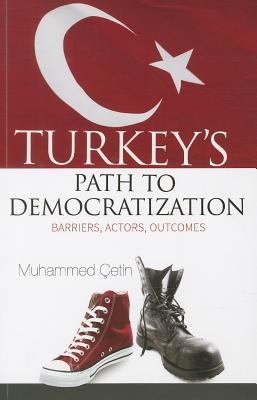 In this timely book, the author addresses a number of key questions about Turkey's hard road to democratization. Is it still underway? What are the hindrances or blockages? What are the motivations and roles of civil society groupings in this evolving democracy? What is the current stance of and role of the military, given Turkey's recent history of recurrent military coups d'etat? The articles which follow the historical account, and which provide a commentary on contemporary social and political events, were written over a period of three years for publication in the English-language newspaper Today's Zaman and are grouped this book according to theme.

Muhammed Cetin, PhD, is a sociologist who has taught at a number of universities in the US. While in the United States he worked on a voluntary basis as President of the Institute of Interfaith Dialogue, Houston, TX. He was elected to the Turkish Parliament in 2011 elections from the AK Party but resigned from his party in 2013 protesting the actions of the Prime Minister Erdogan. He is now an independent deputy member of the Parliament. Cetin lives in Istanbul, Turkey.
Loading...
or
Not Currently Available for Direct Purchase