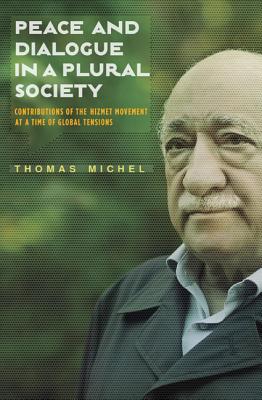 Peace and Dialogue in a Plural Society

Contributions of the Hizmet Movement at a Time of Global Tensions

In a world that is too often seen as a cloash of civilizations, some believe there is another way, a path that involves engagement, dialogue, and respect. In Thomas Michel's new book, Peace and Dialogue in a Plural Society, he explores how Fethullah Gulen is one of those speaking most vocally in favor of a world community, where different faiths and nations can come together at one table to solve the multitude of problems facing today's world. Exploring the spiritual roots of Gulen and the Hizmet Movement, as well as drawing parallels between his own work as a Catholic priest, Michel shows how Hizmet has helped build a blueprint for intercultural communication in a time when too many voices are trying to stoke the fires of discord. Through education, dialogue, and a respect for basic human dignity, Michel finds a foundation in Gulen's faith and Hizmet's service upon which a healthy, diverse society can be built.

Fr. Thomas Michel was ordained a Catholic priest of the Archdiocese of St. Louis and later joined the Society of Jesus (Jesuits) in Yogyakarta, Indonesia. He received his Ph.D. in Islamic theology from the University of Chicago. Professor Michel was director of the Islamic Office of the Vatican's Council for Inter-Religious Dialogue for thirteen years. He taught at various universities in different countries including the US, Turkey, Indonesia. He has extensively written and lectured on Fethullah Gulen, the Hizmet Movement, and the Risale-i Nur. He currently teaches at Georgetown University's School of Foreign Service in Doha, Qatar.
Loading...
or
Not Currently Available for Direct Purchase