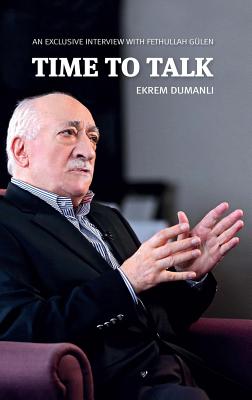 An Exclusive Interview with Fethullah Geulen

Time to Talk, a detailed interview of Fethullah Gulen by Ekrem Dumanli, is a defense manifesto of the Hizmet Movement which has been engaged in educational activities around the world and in Turkey for five decades. The content of the talk once again confirms that the Movement, which has never been involved in any illegal activity whatsoever since its inception, expects nothing but the establishment of bridges of peace and brotherhood throughout the world. Gulen's responses to the questions on the association of the Hizmet Movement with the so-called "parallel state," the December 17 corruption investigation and many other critical inquiries eliminate the suspicions.

Ekrem Dumanli is the editor-in-chief of the Zaman daily, Istanbul, Turkey. He has been with the Zaman since 1993 and worked at various capacities before being appointed as the editor-in-chief of the newspaper. He has written five books and various articles for different Turkish and international publications. He has been listed in Georgetown University's list of The 500 Most Influential Muslims in 2009.
Loading...
or
Not Currently Available for Direct Purchase