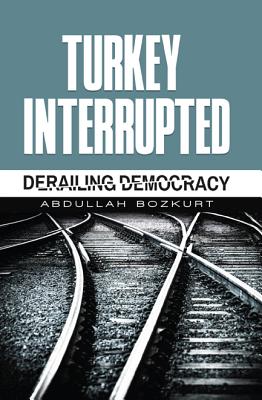 This book strives to explain what has happened in Turkey in 2013 and 2014 following the onset of major corruption investigations incriminating people close to the Turkish President, Recep Tayyip Erdogan, including his son Bilal Erdogan, various ministers, and several business people. It shows how veteran police chiefs, previously hailed as heroes and awarded with letters of recognition by Erdogan himself, suddenly turned into villains after they exposed an unprecedented graft network within the Turkish government. The book reveals that the so-called parallel structure, which was invented by Erdogan as part of global conspiracy, is nothing but a slanderous farce used to distort facts, shift blame, and scapegoats for Erdogan's own troubles.

Abdullah Bozkurt is the Ankara Bureau Chief for Today's Zaman, Turkey's best selling English daily. He contributes to the paper as a regular columnist. Bozkurt worked as the Bureau Chief in New York City covering the United Nations for the Turkish daily Zaman, the largest circulated paper in Turkey. He also served as Washington Correspondent for the paper covering the State Department, Capitol Hill, and Pentagon.
Loading...
or
Not Currently Available for Direct Purchase