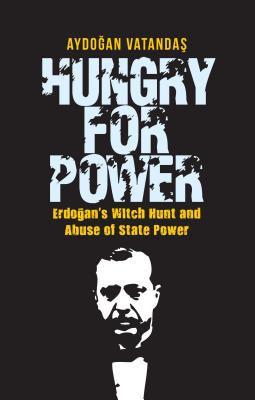 For much of the last thirteen years, Turkey rode a wave of political, social, and economic success. When the AK Party came to power in 2002, it pursued a progressive and democratic agenda which resulted in the advancement of democratic and human rights and widespread economic growth. Two landslide election victories reaffirmed the AK Party's successes, and Turkey was held up to the world as an example of the peaceful co-existence between Islam and democracy. So now we ask: what went wrong? After the AK Party secured its third sweeping victory in the 2011 Parliamentary elections, Recep Tayyip Erdo an suddenly veered off "the train to democracy" and began pursuing his personal agenda. The result has been four years of brutal crackdowns on public demonstrations, the criminalization of the free press and internet, and the deliberate polarization of society through hate speech and fear mongering. What was once a growing democracy has become a burgeoning police state. All sections of society have suffered, but few have suffered more than Hizmet, a peaceful civic movement that has been the victim of a massive witch-hunt as the government has sought scapegoats for its increasingly corrupt behavior. Such a witch-hunt should serve as a warning to the whole of Turkish society: even the peaceful are not safe. This collection of articles shed light on Erdo an's transition from Muslim democrat to authoritarian leader, analyzing events as they happened. They present a variety of perspectives on Turkey's unique position in the Middle East, its relationship with the USA, Erdo an's extreme reactions to any form of opposition, and his escalating authoritarianism and witch hunt.

Aydogan Vatandas is a journalist based in New York, specializing in media, international politics and political psychology. He has published books about a range of topics, many of which have become bestsellers in Turkey. Since 2006, he has been working in New York as the representative for Cihan News Agency and correspondent for Todays Zaman Daily where he wrote his dozens of articles on Turkish and Middle East politics. He holds an M.A in Media Studies from The New School in NY.
Loading...
or
Not Currently Available for Direct Purchase