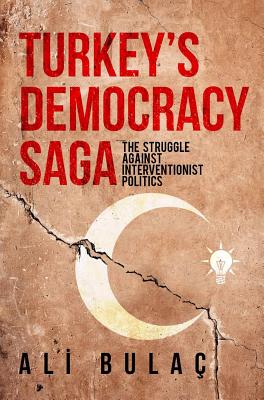 The Struggle Against Interventionist Politics

Over the last decade, the Middle East has been in a state of extraordinary, at times violent, flux. Once the region's biggest empire, then its "model" democracy, and always the bridge between the region and the West, Turkey has played a unique role in these movements sometimes as inspirational model, sometimes as actor, and sometimes as observer. In this collection of essays, Ali Bulac eruditely addresses issues as diverse as Turkey's uphill battle for democracy, its relationship with global powers, the Kurdish issue, the AKP-Hizmet row, and the Erdo an administration's escalating authoritarianism and its horrific attacks on free speech and the rule of law in an attempt to cover up massive government corruption. Bulac leverages a wealth of knowledge to dissect Turkey's vital role in the ongoing conflicts in Syria, Iraq, and Israel, and he uses his position as a government outsider to examine Turkey's internal dynamics from a fresh perspective. With unprecedented insight, searing commentary, and a profound intellect, these essays by Ali Bulac form an ideal introduction to the socio-cultural and political canvas of both Turkey and the Middle East.

Ali Bulac is a prominent scholar and researcher on Islam and the sociology of Islamic societies. He extensively writes and lectures on Islam, Turkish politics, and the Middle East. He has more than twenty books in print and is currently a columnist for the Turkish dailies, Zaman and Today's Zaman. He lives in Istanbul, Turkey.
Loading...
or
Not Currently Available for Direct Purchase