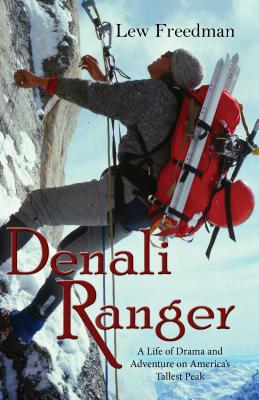 A Life of Drama and Adventure on America's Tallest Peak

Roger Robinson has been Denali mountaineering for over forty years and has worked as a ranger for most of this time. Robinson has climbed Denali, at 20,310 feet, numerous times, leading patrols on the mountain, organizing clean climb efforts on the mountain, meeting the best climbers in the world, and leading rescues that saved lives. Year after year, Robinson has studied the mountain and its climbers, its people, and he has experienced a series of adventures on one of the best-known and formidable mountains in the world, a mountain that for many is the symbol of Alaska, the 49th state.

Lew Freedman is a former Alaska resident who spent 17 years at the Anchorage Daily News as sports editor and columnist. The author of over 75 books, Freedman is a graduate of Boston University with a degree in journalism and he earned a Master’s degree from Alaska Pacific University. He currently resides in Indiana with his wife Debra.