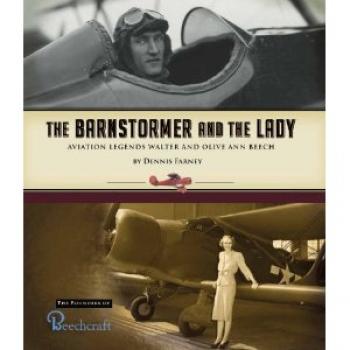 This is the story of Walter and Olive Ann Beech, the remarkable couple whose careers spanned virtually the entire history of American aviation. It is also the story of a marriage of opposites. Walter was a charming rascal, a hard-living barnstormer. Olive Ann was a shy small-town Kansas girl who hid that shyness behind an imperious manner and a backbone of steel. Together they founded Beech Aircraft Corp. in the teeth of the Great Depression and guided their company to fame and fortune. Their lives intersected with the giants of aviation: Amelia Earhart, Charles Lindbergh, Jimmy Doolittle, and many others. Their customers ranged from Arthur Godfrey to Lyndon B. Johnson, from Hollywood stars to Pentagon generals. Their company did much to transform Wichita, Kansas, from a dusty cow town to today's Aircraft Capital of the World. Even before Walter's shockingly early death, Olive Ann had quietly assumed the dominant role in their company. She was a woman in a man's world, one of the very first women in American history to lead a major corporation. But when male underlings attempted a corporate coup, she crushed it; when a big Eastern bank disrespected her, she dumped it. She died a millionaire many times over. The Barnstormer and the Lady, written by former Wall Street Journal reporter Dennis Farney, begins with an era when pilots still wore scarves and leather helmets and to fly was, quite literally, to defy death. It ends with aviation as a multi-billion-dollar industry. Bridging this colorful history were Walter and Olive Ann Beech, aristocrats of the air.