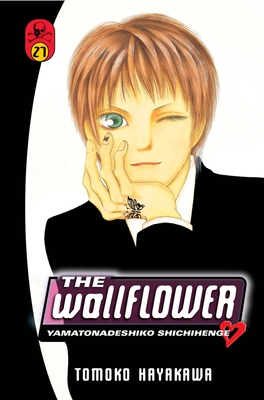 Four cute guys face the continuing challenge fo trying to transform dark loner Sunako into a well-mannered young lady. Will their efforts be thwarted when Sunako starts working as a maid? if she learns how to become a proper lady - not only will they lose their free rent, but one of them may also lose Sunako's heart.

Praise For The Wallflower 27…

• "Given the amount of reality-based makeover shows on TV today, The Wallflower couldn't have hit at a better time. Its plot is ripe for a reality-TV incarnation... You'll have to pick up this engaging little shoujo drama." --NewType USA (Book of the Month)
• "Creator Tomoko Hayakawa has a sexy sense of humor that she serves up with spiderwebs and a whiff of formaldehyde." --SequentialTart.com

TOMOKO HAYAKAWA has written several manga series, but The Wallflower (Yamatonadeshiko Shichihenge) is her most popular.
Loading...
or support indie stores by buying on
(This book is on backorder)