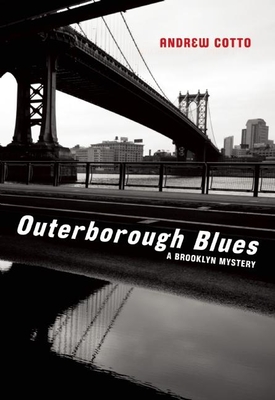 A beautiful young French girl walks into a bar, nervously lights a cigarette, and begs the bartender for help in finding her missing artist brother. In a moment of weakness, the bartender--a lone wolf named Caesar Stiles with a chip on his shoulder and a Sicilian family curse hanging over him--agrees. What follows is a stylish literary mystery set in Brooklyn on the dawn of gentrification.

While Caesar is initially trying to earn an honest living at the neighborhood watering hole, his world quickly unravels. In addition to being haunted by his past, including a brother who is intent on settling an old family score, Caesar is being hunted down by a mysterious nemesis known as The Orange Man. Adding to this combustible mix, Caesar is a white man living in a deep-rooted African American community with decidedly mixed feelings about his presence. In the course of his search for the French girl's missing brother, Caesar tumbles headlong into the shadowy depths of his newly adopted neighborhood, where he ultimately uncovers some of its most sinister secrets.

Taking place over the course of a single week, Outerborough Blues is a tightly paced and gritty urban noir saturated with the rough and tumble atmosphere of early 1990s Brooklyn.

Andrew Cotto has written for numerous publications, including The New York Times, Men's Journal, Salon.com, Teachers & Writers magazine and The Good Men Project. He has an MFA in creative writing from The New School. He lives in Brooklyn, New York.

Andrew Cotto is a writer and teacher who lives in Brooklyn, Andrew has has contributed to many journals, including the New York Times, Men's Journal, Salon.com, Teachers & Writers Magazine and the Good Men Project. He has an MFA in Creative Writing from The New School and a BA in Literature from Lynchburg College.
Loading...
or support indie stores by buying on