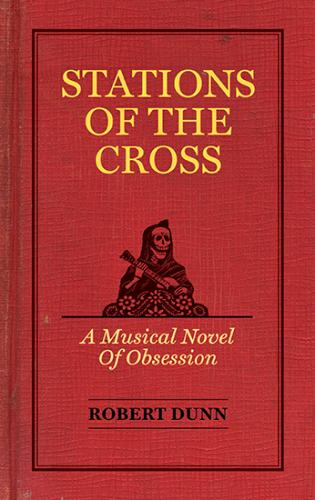 Stations of the Cross

A Musical Novel of Obsession

Legendary singer-songwriter and Rock and Roll Hall of Fame inductee Dyson Burnette has been living in New York City for the last 10 years waiting for inspiration. One spring day, he decides to travel back to Los Parques, the Mexican town where he found his true self 40 years earlier at age 18, and immediately becomes infatuated with lovely young school teacher Serena Rodriguez. This “Flower of Los Parques,” who reminds him of a great love he once had, inspires him to resume working on an epic lost song he started 40 years ago, “Stations of the Cross.” Burnette realizes that finishing this song is the key to recapturing his audience and saving his career, but only if he can control his growing obsession for his new-found muse. Exploring such themes as passion, obsession, creativity, and artistic creation, this novel reveals how sometimes one must revisit the past to arrive at the future.

Praise For Stations of the Cross: A Musical Novel of Obsession…

"Dunn, himself a musician, writes powerfully about the mysteries of the creative process and the pull of the past in this fiery portrait of an aging musician and his obsessive quest to renew himself." —Joanne Wilkinson, booklistonline.com

Robert Dunn is a writer, teacher, and a musician. He is the author of Cutting Time, Look at Flower, Meet the Annas, and Pink Cadillac, and has been published in the Atlantic, the New Yorker, Omni, Redbook, and the New York Times. He is a teacher of fiction writing at the New School in New York City. He lives in New York City.
Loading...
or
Not Currently Available for Direct Purchase