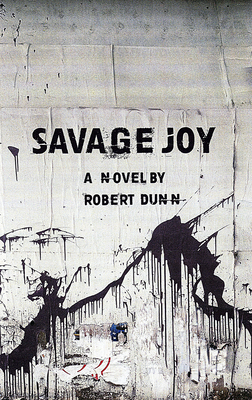 In Savage Joy the narrator, Cole Whitman, straddles his uptown literary world and the budding Lower Manhattan punk scene. When an apartment in his building at 340 East 11th Street opens up, musician Slater Martin moves in, sweeping Cole along into his CBGBs world. Also moving into 340 is Cole’s elegant and mysterious literary editor pal Emily Prosser, whom Cole desires unrequitedly. Cole needs a girlfriend, Slater needs a new band, Emily needs a new life. Together the three of them, along with a fiery female drummer called Sailor and a dweeby bassist, Wendell Walter, get a new punk group going, named, by Cole, Savage Joy. What follows among the five of them is both joyful and savage, a feast of love, music, sex, violence, blood, and madness.

Praise For Savage Joy: A Novel…

"Robert Dunn has taken an era (the ’70s), a neighborhood (New York’s East Village), a musical culture (Punk), a magazine (The New Yorker), and a young man’s yearning (for love and success) and fashioned them into a funny, honest, and affecting novel."  —Daniel Menaker, author, My Mistake: A Memoir

"A compelling portrait of a legendary time. I couldn’t put Savage Joy down. Neither will you."  —Lois Metzger, author, Change Places with Me

Robert Dunn is a writer, teacher, and photographer. He has published widely, including work in The New Yorker and an O. Henry Prize story, as well as the musical novels Pink Cadillac (a Book Sense 76 pick), Cutting Time, Soul Cavalcade, Meet the Annas, Look at Flower, Stations of the Cross, and Savage Joy. Dunn has worked for The New Yorker magazine and Sports Illustrated. He is an Associate Professor for fiction writing at The New School in New York City. For the last years of the novelist Bernard Malamud’s life Dunn was his personal assistant. Dunn is also a serious photographer. His photobooks OWS, Angel Parade, and Meeting Robert Frank are in the permanent collection of the International Center of Photography. His work has appeared at the Cincinnati Art Museum and in an ICP show. Dunn is married to a ?lm art director and lives in New York City and Woodstock, N.Y.
Loading...
or
Not Currently Available for Direct Purchase