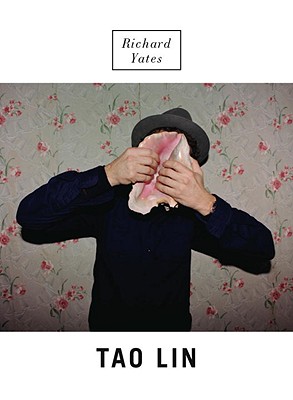 In a startling change of direction, cult favorite Tao Lin presents a dark and brooding tale of illicit love that is his most sophisticated and mesmerizing writing yet.

Richard Yates is named after real-life writer Richard Yates, but it has nothing to do with him. Instead, it tracks the rise and fall of an illicit affair between a very young writer and his even younger--in fact, under-aged--lover. As he seeks to balance work and love, she becomes more and more self-destructive in a play for his undivided attention. His guilt and anger builds in response until they find themselves hurtling out of control and afraid to let go.

Lin's trademark minimalism takes on a new, sharp-edged suspense here, zeroing in on a lacerating narrative like never before --until it is almost, in fact, too late.

Tao Lin is the author of the novels Richard Yates and Eeeee Eee Eeee, the novella Shoplifting from American Apparel, the story collection Bed, and the poetry collections cognitive-behavioral therapy and you are a little bit happier than i am. Translations of his books have been published around the world, including in France, Germany, Spain, Japan, Norway, Serbia, South Korea, China, and Taiwan. He lives in Manhattan.

Praise For Richard Yates: A Novel…

“[G]enuinely funny...accurate, often filthy dispatches on what it is to be young and pushing against the world.”
—Charles Bock, The New York Times

"Lin captures certain qualities of contemporary life better than many writers in part because he dispenses with so much that is expected of current fiction."
—David Haglund, The London Review of Books

“Richard Yates is neither pretentious nor sneering nor reflexively hip. It is simply a focused, moving, and rather upsetting portrait of two oddballs in love.”
—Danielle Dreillinger, The Boston Globe

"[Lin's] lean and often maniacal sentences propel the work forward with a slanted momentum. What first seems like a stock tale of romance gone sour evolves into a parable about the fickleness of human desire and the futility of detachment when it comes to love."
—Time Out New York

“Richard Yates is hilarious, menacing, and hugely intelligent. Tao Lin is a Kafka for the iPhone generation. He has that most important gift: it’s impossible to imagine anyone else writing like he does and sounding authentic. Yet he has already spawned a huge school of Lin imitators. As precocious and prolific as he is, every book surpasses the last. Tao Lin may well be the most important writer under thirty working today.”
—Clancy Martin, author of How To Sell

“[Richard Yates] is like a ninety-foot pigeon. You’ve never seen anything like it before, and yet it is somehow exactly like the world we live in.”
—Daniel Handler, author of Adverbs

“It would be easy to say that Richard Yates is Tao Lin’s best book yet. Others have said it. Plainly, however, it’s not—Richard Yates only proves that Tao’s work, as it should, undoes any pretensions to ‘best’ or ‘worst.’”
—HTMLGIANT

“Tao Lin writes from moods that less radical writers would let pass - from laziness, from vacancy, from boredom. And it turns out that his report from these places is moving and necessary, not to mention frequently hilarious.”
—Miranda July, author of No One Belongs Here More Than You

“Do you read Tao Lin and think ‘I love this! What is it?’ Perhaps it is the curious effect of a radically talented, fecund and tender mind setting down a world sans sense or consequence.”
—Lore Segal, author of the Pulitzer-Prize nominated Shakespeare’s Kitchen

“Fascinating and articulate in a way that people my age (incl. um, like, you know, myself) rarely are.”
—Emily Gould, author of And The Heart Says Whatever

“A master of understatement–or, rather, of statement.”
—Vice Magazine

“Lin’s fiction is a wonderfully deadpan joke.”
—The Independent

“[A] parable about the fickleness of human desire and the futility of detachment when it comes to love.”
—Time Out New York

“Lin’s sympathetic fascination with the meaning of life is full of profound and often hilarious insights.”
—Publishers Weekly

"There is danger and sadness in his work, but not defeat."
—Hillel Italie, The Associated Press
or
Not Currently Available for Direct Purchase
Copyright © 2020 American Booksellers Association