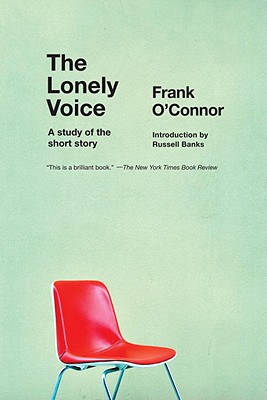 A study of the short story

Frank O’Connor was one of the twentieth century’s greatest short story writers, and one of Ireland’s greatest authors ever. Now, O’Connor’s influential and sought-after book on the short story is back.

The Lonely Voice offers a master class with the master. With his sharp wit and straightforward prose, O’Connor not only discusses the techniques and challenges of a form in which "a whole lifetime must be crowded into a few minutes," but he also delves into a passionate consideration of his favorite writers and their greatest works, including Chekhov, Hemingway, Kipling, Joyce, and others.


Praise For The Lonely Voice: A study of the short story…

"It's unsurprising that this book should prove so hardy: O'Connor was compelling when voicing an opinion. What Richard Ellmann calls the "assumptive tone" of his criticism can inspire, thrill and infuriate, but will never bore." —The Guardian

“A dazzling and provocative introduction to talking about what people do when they sit down to write short stories.” —from the introduction by Russell Banks

“This is a brilliant book on a subject about which little has been written. It carries, besides, the authority a critical work always possesses when its author is a distinguished practitioner of the art he is criticizing.”  —The New York Times Book Review

Frank O'Connor is widely recognized as one of Ireland’s greatest writers and cultural figures. He lived in the United States off and on after 1952, teaching at Harvard and Stanford, and writing stories for The New Yorker magazine. His most popular works include his Collected Stories, Guest of the Nation, and An Only Child.

Russell Banks is the author of sixteen works of fiction. He has received numerous international prizes, and two of his novels— The Sweet Hereafter and Affliction—have been made into award-
winning films. Banks lives in upstate New York.