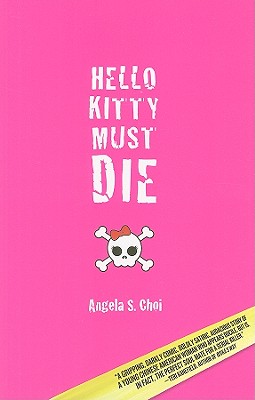 On the outside, twenty-eight-year-old Fiona Yu appears to be just another Hello Kitty—an educated, well-mannered Asian American woman. Secretly, she feels torn between the traditional Chinese values of her family and the social mores of being an American girl.

To escape the burden of carrying her family's honor, Fiona decides to take her own virginity. In the process, she makes a surprising discovery that reunites her with a long-lost friend, Sean Killroy. Sean introduces her to a dark world of excitement, danger, cunning, and cruelty, pushing her to the limits of her own morality. But Fiona's father throws her new life into disarray when he dupes her into an overnight trip that results in a hasty engagement to Don Koo, the spoiled son of a wealthy chef.

Determined to thwart her parents' plans to marry her off into Asian suburbia, Fiona seeks her freedom at any price. How far will she go to bury the Hello Kitty stereotype forever? Fiona's journey of self-discovery is biting and clever as she embraces her true nature and creates her own version of the American Dream, eliminating—without fear or remorse—anyone who stands in her way.

Angela S. Choi is a writer who lives in San Francisco, California. Born in Hong Kong, Angela practiced law until she took up writing. Hello Kitty Must Die is her debut novel.

"Look to the blatantly homicidal intent in the title, not the hot pink cover, to get a sense of this debut novel, which combines the violence and nihilism of a Chuck Palahniuk or Brett Easton Ellis novel with chick-lit label-dropping. The shock-value plot should provoke plenty of hype, but it’s Choi’s furious, laugh-out-loud social commentary that is most noteworthy."
—Booklist