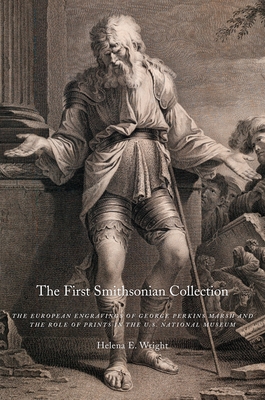 The European Engravings of George Perkins Marsh and the Role of Prints in the U.S. National Museum

In 1849 the Smithsonian purchased the Marsh Collection of European engravings. Not only the first collection of any kind to be acquired by the new Institution, it was also the first public print collection in the nation, and it presented an important symbol of cultural authority.

The prints formed part of the library of Vermont Congressman George Perkins Marsh (1801-1882), a member of the Smithsonian’s Board of Regents. The uncertainty of the Smithsonian's mission in the early years complicated its motivation for purchasing the collection, especially given Marsh’s position as a Regent in financial difficulty. After a serious fire in 1865, portions of the collection were deposited at the Library of Congress and the Corcoran Gallery of Art. Efforts to reclaim it began in the 1880s, as a new generation of Smithsonian staff expanded the National Museum, but they achieved only mixed success.

Through the story of the Marsh Collection, the book explores the cultural values attributed to prints in the 19th century, including their prominent role in expositions and their influence on visual culture at a time when collecting styles were moving from an individual’s private contemplation of artworks to wider public venues of exposition in museums and reception by multiple audiences. The history of this first Smithsonian collection enlivens an important stage in the development of American cultural identity and in the formation of the Smithsonian as a national institution.

Praise For The First Smithsonian Collection: The European Engravings of George Perkins Marsh and the Role of Prints in the U.S. National Museum…

During the 19th century, prints and related works of art bore burgeoning cultural significance as evidenced by the growth of private collections, their exhibition in national and international expositions, and increases in the bequests and loans to the Smithsonian that aimed to shape the institution amid debates concerning connoisseurship and collecting practices.  Detailing these broader cultural phenomena and their association with the construction and legacy of a single collection, Wright offers a stunning look at the first public print collection in the US, the European engravings of Vermont Congressman George Perkins Marsh.  Marsh’s prints and acquisition methods are put into context with the practices and output of other collectors and are placed within the cultural landscape through acknowledgement of the value ascribed to prints and their importance to visual culture during the antebellum and postbellum years.  Meticulously researched with thorough notes as well as an ample bibliography of primary and secondary sources, this book acutely examines the importance of the Marsh Collection as a placeholder for art in the early history of the Smithsonian, its legacy of support of achieving national status for the institution, and the broader role of prints in preserving and presenting visual culture as part of national identity. Summing Up: Highly recommended. All readership levels.
--J. Decker, Rochester Institute of Technology

Helena E. Wright is a curator in the Division of Culture and the Arts at the Smithsonian’s National Museum of American History. Her research on printmaking, print collecting, and the cultural significance of prints in American history has been published in numerous journals and books.
Loading...
or
Not Currently Available for Direct Purchase