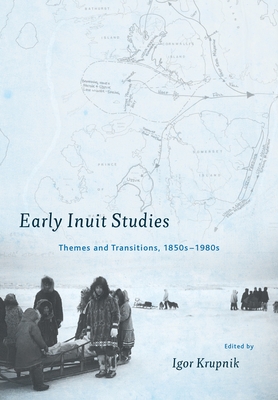 This collection of 15 chronologically arranged papers is the first-ever definitive treatment of the intellectual history of Eskimology—known today as Inuit studies—the field of anthropology preoccupied with the origins, history, and culture of the Inuit people. The authors trace the growth and change in scholarship on the Inuit (Eskimo) people from the 1850s to the 1980s via profiles of scientists who made major contributions to the field and via intellectual transitions (themes) that furthered such developments. It presents an engaging story of advancement in social research, including anthropology, archaeology, human geography, and linguistics, in the polar regions. Essays written by American, Canadian, Danish, French, and Russian contributors provide for particular trajectories of research and academic tradition in the Arctic for over 130 years.

Most of the essays originated as papers presented at the 18th Inuit Studies Conference hosted by the Smithsonian Institution in October 2012. Yet the book is an organized and integrated narrative; its binding theme is the diffusion of knowledge across disciplinary and national boundaries. A critical element to the story is the changing status of the Inuit people within each of the Arctic nations and the developments in national ideologies of governance, identity, and treatment of indigenous populations. This multifaceted work will resonate with a broad audience of social scientists, students of science history, humanities, and minority studies, and readers of all stripes interested in the Arctic and its peoples.

Igor Krupnik is curator of Arctic and Northern Ethnology collections at the Smithsonian National Museum of Natural History in Washington, D.C. His areas of expertise include modern cultures, ecological knowledge, and cultural heritage of Arctic people, primarily in Alaska and Siberia; culture change and contact history; human ecology; history of Arctic science and Arctic indigenous studies; and the impact of modern climate change on Arctic residents. He served on the Joint Committee for the International Polar Year 2007–2008 and was instrumental in bringing sociocultural and humanities issues, ecological knowledge, and environmental observations of northern residents to its program. He has published and edited several books and collections and numerous papers, including three volumes on indigenous observations of Arctic environmental change and a recent study of the contact history of the Yupik Eskimo, Yupik Transitions: Change and Survival at Bering Strait, 1900–1960 (with Michael Chlenov).
Loading...
or
Not Currently Available for Direct Purchase