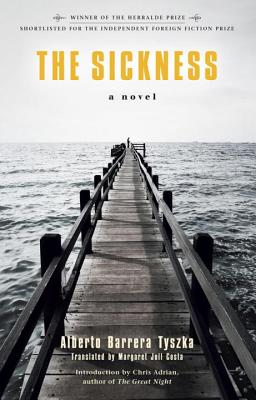 A profound and philosophical exploration of the nature and meaning of illness, Alberto Barrera Tyszka's tender, refined novel interweaves the stories of four individuals as they try, in their own way, to come to terms with sickness in all its ubiquity.

Dr. Miranda is faced with a tragedy: his father has been diagnosed with terminal cancer and has only a few weeks to live. He is also faced with a dilemma: How does one tell his father he is dying? Ernesto Duran, a patient of Dr. Miranda’s, is convinced he is sick. Ever since he separated from his wife he has been presenting symptoms of an illness he believes is killing him. It becomes an obsession far exceeding hypochondria. The fixation, in turn, has its own creeping effect on Miranda’s secretary, who cannot, despite her best intentions, resist compassion for the man. A profound and philosophical exploration of the nature and meaning of illness, Alberto Barrera Tyszka’s tender, refined novel interweaves the stories of four individuals as they try, in their own way, to come to terms with sickness in all its ubiquity.


Praise For The Sickness…

"[I]n 'The Sickness' Mr. Tyszka confronts 'illness's infinite power' in its corporal and psychosomatic forms. The strength of this bold and devastating book (translated by the always dependable Margaret Jull Costa) is that the author neither moralizes about sickness nor uses it as a metaphor. It is simply there, its meaning altogether inexplicable." Wall Street Journal

"This is great book by a great writer."
Chris Adrian, author of The Great Night

"Barrera Tyszka not only presents the would be medicine with confident realism, creates sympathetic characters and writes gorgeous prose, he's also a thinker and peppers his narrative with meditations on illness, the complications of lying, and the nature of physical pain."
Shelf Awareness

"Tyszka's novel does not belabor the moral ambiguities of illness but draws them with clean, scalpel-sharp precision."
Booklist

"The Sickness is refreshingly clean in its storytelling yet very complex in character."
Times Literary Supplement

"Alberto Barrera Tyszka distills an eerie fableof identity from a hypochondriac's psycho-drama and a looming family crisis."
The Independent

"Tyszka is a perceptive, original writer. He has brought an unusually sophisticated understanding to a wonderfully intense, little novel. No sentimentality, no polemic, just emotion at its most resonant."
Eileen Battersby, The Irish Times

"Powerful writing [which does] not let you off or let you down."
The Lady

"Well-pitched, gentle and suggestive . . . philosophy in the story."
Skinny

Alberto Barrera Tyszka, poet and novelist, is well known in Venezuela for his Sunday column in the newspaper El Nacional. He cowrote the internationally bestselling and critically acclaimed Hugo Chávez (2007), the first biography of the Venezuelan president. The Sickness won the prestigious Premio Herralde—an honor previously bestowed on Roberto Bolano and Javier Marias, among others—and was shortlisted for the Independent Foreign Fiction Prize in 2011.
Loading...
or
Not Currently Available for Direct Purchase