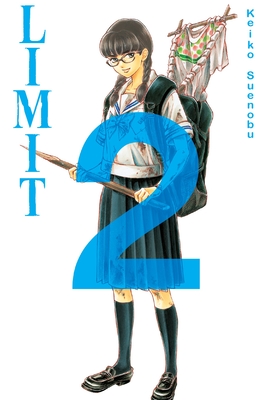 In the second volume of The Limit, Mizuki has found herself in a position where her not only her social life is at risk, but her survival rests in the hands of the young women she was so desperately attempting to avoid. In the wild the strong survive, and while Alisa may not be smart or cute, she is physically strong. So she immediately takes command by gathering anything that may be used as a weapon to threaten the lives of anyone who may attempt to usurp her new found authority.

Mizuki will have to win over the trust of three people who truly despise her. Whether that means doing all the most dangerous tasks to survive or she must endure bullying, right now she understands that unity will be their only way home. Keeping that unity may be improbable, though.

Praise For The Limit, 2…

"I can’t remember the last time I was this freaked out by a manga... Remember the hubbub over the 2002 non-fiction book, Queen Bees and Wannabes: Helping Your Daughters Survive Cliques, Gossip, Boyfriends, and Other Realities of Adolescence by Rosalind Wiseman? Parents had quite the shocking wake-up call about what their little girls could really be like among their so-called friends. Limit strips away all that made-up glamour and privilege, and throws the girls into a brutal 21st-century Lord of the Flies-survival-of-the-most-desperate-setting. Thus the nightmare begins... I’m still shaking (and with that cliffhanger-ending, can hardly wait to see what happens next)." - The Smithsonian Institute's Book Dragon

In 2006, Suenobu won the Kodansha Manga Award for Best Shojo for her work on the series LIFE.
Loading...
or
Not Currently Available for Direct Purchase