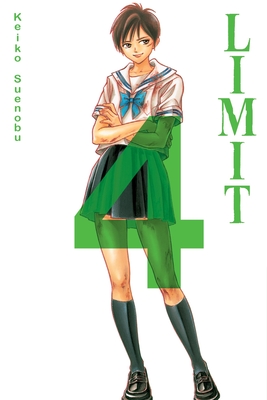 After experiencing countless tragedies, the remaining survivors have settled into their roles hoping to make it out of their ordeal alive. Nevertheless, tensions held over from the classroom still linger, especially when death strikes once again taking the life of the remaining six. Now with an actual murderer in their midst will these teens cling on to any thread of faith in one another, or will they ultimately succumb to their collective fears?

Praise For The Limit, 4…

"I can’t remember the last time I was this freaked out by a manga... Remember the hubbub over the 2002 non-fiction book, Queen Bees and Wannabes: Helping Your Daughters Survive Cliques, Gossip, Boyfriends, and Other Realities of Adolescence by Rosalind Wiseman? Parents had quite the shocking wake-up call about what their little girls could really be like among their so-called friends. Limit strips away all that made-up glamour and privilege, and throws the girls into a brutal 21st-century Lord of the Flies-survival-of-the-most-desperate-setting. Thus the nightmare begins... I’m still shaking (and with that cliffhanger-ending, can hardly wait to see what happens next)." - The Smithsonian's BookDragon

In 2006, Suenobu won the Kodansha Manga Award for Best Shojo for her work on the series LIFE.
Loading...
or
Not Currently Available for Direct Purchase