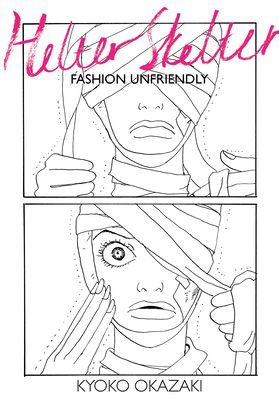 If you are aware of fashion in Japan you must have seen Liliko's face. For the last few years she has been at the top of the modeling world, with her face and body promoting the biggest brands. But as everyone who is in this world admits, staying on top is a constant and never ending battle. There are always new faces introduced to the public. Younger models and new looks are brought into the fold every season. And keeping that position means learning to adapt and learning to cope with change.

To maintain her position Liliko has decided to under the knife. This is not her first go with this service. It is yet another round of plastic surgery, all done to keep herself looking young and vibrant. However in this case just a little nip and tuck was not enough. Liliko is bent on undergoing a full body makeover. From head-to-toe, every inch of her will undergo cosmetic surgery, and thus begins her madness.

In 2004 Helter Skelter was honored in Japan with the two top awards for Japanese comics:

Kyoko Okazaki, born December 13, 1963, is considered by many as one of the mothers of josei (women's) comics. Renowned for her mimimalist designs and tendancy to cover controversial themes, Okazaki cut her teeth in the world adult comics in 1980's.

While studying at Atomi University, Okazaki made her debut in Cartoon Burikko, an experiemental adult comic anthology primarily aimed at men. Okazaki would then turn her focus to women's issues. Focusing on the issues of contemporary young women, Okazaki never shied away from street culture, high fashion and drug use in her naratives. She would then take on her first a long-running series called Tokyo Girls Bravo; a rare comic to be published a fashion magazine. Okazaki has been in retirement since the end of the last century as she recovers from a life-threatening traffic accident.

Okazaki has received both the Japan Media Arts Award and the Osamu Tezuka Cultural Award for her work on Helter Skelter which was adapted into a motion picture in 2012 (now screening in the US in 2013).
Loading...
or support indie stores by buying on
(This book is on backorder)