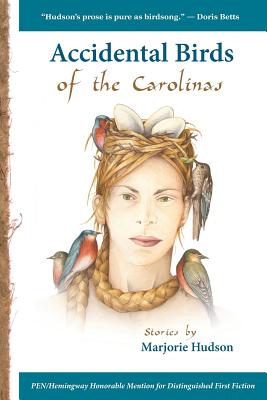 Accidental Birds of the Carolinas

Like birds blown off course, the characters in these stories need a place to roost-somewhere to settle long enough to repair their ragged hearts-and they find it near the banks of the mythical Sissipahaw River. In the centerpiece story, an eighteenth-century Eno Indian tells of the fiery fate of his adopted father, English explorer John Lawson. In the surrounding stories, the age-old conflicts between newcomer and old-timer play out as twenty-first century retirees, carnies, runaways, heartbroken women, and farmers stumble into new lives and new insights in Ambler County, North Carolina. "Hudson's prose is pure as birdsong," says novelist Doris Betts. "These fine stories of change and discovery are a field guide to the human species in transition.


Accidental Birds of the Carolinas