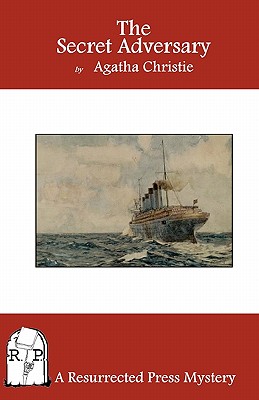 When two unemployed young people in post World War I England decide to seek their fortunes by becoming "Young Adventurers" little did they know that their first commission would lead them into a web of intrigue and deceit. They find themselves searching for secret diplomatic papers which may be in the possession of a mysterious Jane Finn who survived the sinking of the Lusitania only to have gone missing for the last five years, papers, which if revealed to the world would rock the government to its very core.In this, the second novel of Agatha Christie, we are introduced to that delightful pair, Tommy and Tuppence, as they track down the missing girl, recover the lost documents, and confrot The Secret Adversary.

Dame Agatha Christie (1890 - 1996) is infamous for writing over 80 detective and mystery novels. She is less well known as a writer of romances and plays, though she dabbled in those genres as well. She is the best-selling writer of books of any kind, and is the most translated author in the world.
Loading...
or support indie stores by buying on