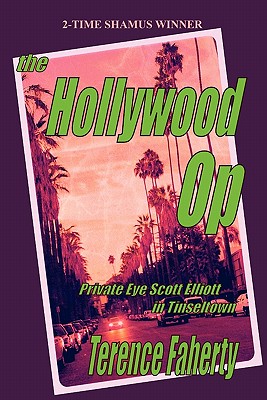 Includes 2012 Shamus nominee "A Bullet from Yesterday" As Hollywood's golden age wanes, private eye Scott Elliott digs among the ruins. Eight stories include the never-before-published "Sleep Big," in which Elliott cracks a case that famously eluded Philip Marlowe. In "Garbo's Knees," a paving square signed by the reclusive screen idol has gone missing. But was it Garbo's stone the thief was after? Chasing stray actresses, hot jewelry, and a gun that may have started a war, Scott Elliott demonstrates once again two-time Shamus winner Terence Faherty's sharp eye and keen ear for characters living on broken dreams. "Faherty writes this period like he was there." Crime Spree.

Terence Faherty has been honored twice with Shamus awards for distinguished writing in the private eye field. His first novel, Deadstick, was nominated by the Mystery Writers of America for an Edgar.
Loading...
or support indie stores by buying on
(This book is on backorder)