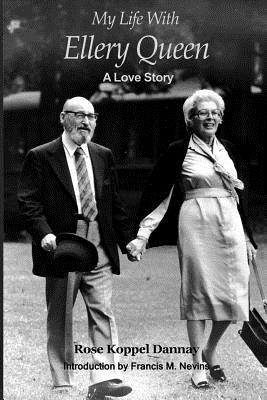 My Life With Ellery Queen

Rose Koppel was a recent widow when she met Frederic Dannay at a New Year's Eve party in 1974. She found him unimpressive, needy and almost silent. But something suggested he might have things to say. Only months later, in the midst of Dannay's courtship, did she learn that what he had to say had been read by millions and that he was world famous as mystery writer Ellery Queen. Says Queen scholar Francis M. Nevins in his introduction: "It is not too much to say that Rose saved Fred's life," as she enabled him to enjoy the status of mystery elder statesman earned by more than forty years of shaping stories that broadened the reach of mystery fiction. Here is Rose Koppel Dannay's memoir of her years with Fred Dannay, a man almost as difficult as he was brilliant. It is every bit a love story.

Rose Koppel Dannay (1914-2014) was born in Austria and came to the United States at about age 3. She spent her entire life in New York City. She worked as the Assistant to the Registrar at the Ethical Culture School and studied painting at the Art Students League.
Loading...
or support indie stores by buying on