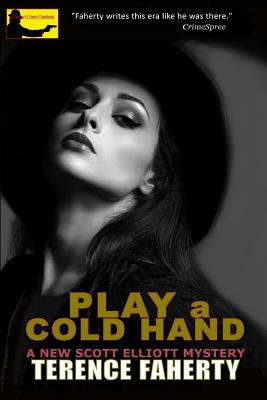 "A wonderful book " James Reasoner. For lovers of California noir, a new Scott Elliott novel is a major event. Elliott, whose acting career ended with the war, takes on his grimmest case as a private detective in this new novel from multiple-Shamus winner and Edgar nominee Terence Faherty. Paddy Maguire, who played a loose game for decades as head of the Hollywood Security agency, is dead in an alley--after coming out of retirement to follow a case that should have remained buried in a gangster's lurid past. As Elliott sets out to even the score, the shadow of an old murder falls across his screenwriter wife Ella, putting their troubled marriage in further jeopardy. They're both about to learn there is no such thing as a "retired" killer.

Terence Faherty's tales of Hollywood private eye Scott Elliott have twice won top honors from the Private Eye Writers of America. His first novel, about former seminarian Owen Keane, was nominated for an Edgar. Besides winning a Macavity, his short fiction has been nominated for both an Anthony and a Derringer award. He lives in Indianapolis with his wife, Jan.
Loading...
or
Not Currently Available for Direct Purchase