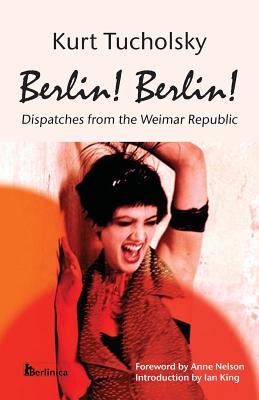 Dispatches from the Weimar Republic

Berlin Berlin is a satirical selection from the man with the acid pen and the perfect pitch for hypocrisy, who was as much the voice of 1920s Berlin as Georg Grosz was its face. It shines a light on the Weimar Republic and the post-World War I struggle, which foreshadowed the Third Reich. Kurt Tucholsky was a brilliant satirist, poet, storyteller, lyricist, pacifist, and Democrat; a fighter, lady's man, reporter, and early warner against the Nazis who hated and loathed him and drove him out of his country. He was a "small, fat Berliner," who "wanted to stop a catastrophe with his typewriter," wrote his contemporary, Erich K stner. When he began to write, he had five voices-in the end, he had none. He was one of the most famous journalists in Weimar Germany, surrounded by women, but he died alone in Sweden, an enemy of the state, among the first authors whose books were burned and banned by the Nazis in 1933. But he is not forgotten. This book collects Tucholsky's news stories, features, satirical pieces, and poems about his home town Berlin, never published in America before. With a foreword by New York author Anne Nelson and an introduction by Ian King, the chair of the Kurt-Tucholsky-Society.