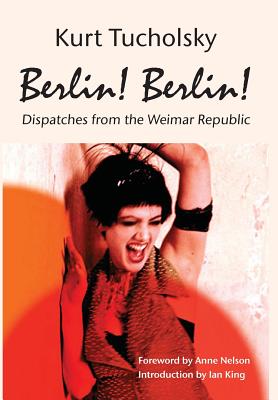 Dispatches from the Weimar Republic

A representative selection from the man with the acid pen and the perfect pitch for hypocrisy, who was as much the voice of 1920s Berlin as Georg Grosz was its face. Kurt Tucholsky was a brilliant reporter, satirist, poet, lyricist, and storyteller of the Weimar Republic, a pacifist and a democrat; a fighter, lady's man, theater lover, political animal, and also an early warner against the Nazis. They hated and loathed Tucholsky, and drove him out of his country. The famed journalist became an outcast, an enemy of the state. His books were burned and banned in 1933, he died alone in Sweden. But he is not forgotten.With this extraordinary and also funny book, Tuchols-ky's work about his hometown Berlin is published for the first time in the United States.