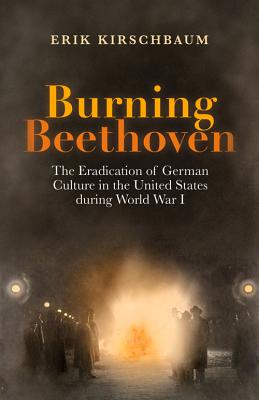 This illuminating exposé on a dark chapter of American history tells how the flourishing German culture in the United States was wiped out by a fury of anti-German hysteria during World War I. American patriots eradicated the German language from schools, churches, and newspapers. Germans, once America’s biggest, proudest, and most successful ethnic group were targets of hate, persecution, and even lynchings and vigilante hangings. German cooks were burned, newspapers were closed, and sauerkraut was renamed “liberty cabbage” —the “freedom fries” of modern times.

Erik Kirschbaum is a correspondent for the Reuters international news agency. He has written about entertainment, politics, sports, economics, and renewable energy, as well as disasters, earthquakes, and climate change in nearly 30 countries. He is the author of Rocking the Wall: Bruce Springsteen: The Berlin Concert That Changed the World. A native of New York City, he is a descendant of a German-American family and has been based in Berlin since 1993.
Loading...
or
Not Currently Available for Direct Purchase