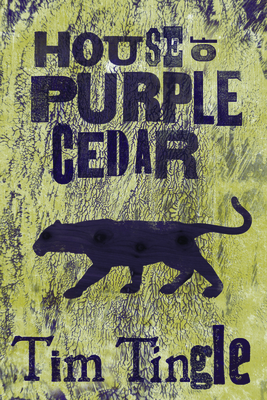 "The hour has come to speak of troubled times. It is time we spoke of Skullyville." Thus begins Rose Goode's story of her growing up in Indian Territory in pre-statehood Oklahoma. Skullyville, a once-thriving Choctaw community, was destroyed by land-grabbers, culminating in the arson on New Year's Eve, 1896, of New Hope Academy for Girls. Twenty Choctaw girls died, but Rose escaped. She is blessed by the presence of her grandmother Pokoni and her grandfather Amafo, both respected elders who understand the old ways. Soon after the fire, the white sheriff beats Amafo in front of the town's people, humiliating him. Instead of asking the Choctaw community to avenge the beating, her grandfather decides to follow the path of forgiveness. And so unwinds this tale of mystery, Indian-style magical realism, and deep wisdom. It's a world where backwoods spiritualism and Bible-thumping Christianity mix with bad guys; a one-legged woman shop-keeper, her oaf of a husband, herbal potions, and shape-shifting panthers rendering justice. Tim Tingle--a scholar of his nation's language, culture, and spirituality--tells Rose's story of good and evil with understanding and even laugh-out-loud Choctaw humor.

Tim Tingle, responding to a scarcity of Choctaw literature, began interviewing tribal elders in the early '90s. His collection Walking the Choctaw Road was the Oklahoma Book of the Year. Tingle's children's book, Crossing Bok Chitto, garnered over twenty state and national awards, including Best Children's Book from the American Indian Library Association, and was an Editor's Choice in the New York Times Book Review.

Tim Tingle is an enrolled member of the Choctaw Nation of Oklahoma and a frequent speaker at tribal events. His great-great grandfather, John Carnes, walked the Trail of Tears in 1835, and memories of this family epic fuel his writing and storytelling. Author of six books, Tingle was a featured speaker at the Native American wing of the Smithsonian Institute in 2006 and 2007.
or support indie stores by buying on
(This book is on backorder)