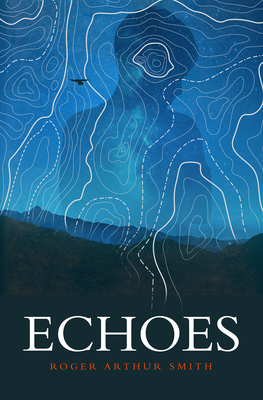 Roger Arthur Smith's spectacular debut, Echoes, asks, what happens when your fundamental nature is challenged, not by the many evils without, but by an unexpected awakening within? It's 1960 in Hawthorne, Nevada, a desert town so secluded that the U.S. Navy stores munitions nearby. While the Cold war lumbers on, the town's gossip mills and marriage-eligible bachelors and bachelorettes play a game of cat and mouse, a pastime, that if nothing else, manages to while away the hours. Attorney Will Dubykky keeps a watchful eye over Hawthorne, and it comes as no surprise that his interest is piqued by the sudden appearance of a strange boy. Why is this boy disfigured? Why does he have difficulty speaking? Why can't some people seem to see him? As one of the initiated, Dubykky has an inkling; the boy is evil, an echo sent to rectify the wrongs of an indulgent murderer. The echo's mission? Tempt, trap and eliminate the human monster that spawned it. If all goes according to evil's intent, the echo will die fulfilling its destiny. This fatal sequence has persisted as long as evil itself, but before the dark circle can be closed, riddles must be solved. In a town this small, who is capable of committing a string of heinous crimes undetected? And, when the time comes will this echo, more na ve and innocent than any echo Dubykky has ever encountered, fulfill its gruesome destiny? Echoes, is a wildly entertaining, gloriously absorbing exploration of humanity, evil, and the stark environs in which both exist.

Roger Arthur Smith passed much of his youth riding in the back seat of the family station wagon driving through Hawthorne an the surrounding Nevada desert. He's worked professionally for the Reno Gazette-Journal, Nevada Magazine, and Carson City bureau of the Associated Press. He and his wife make their home in Portland, OR.
Loading...
or support indie stores by buying on