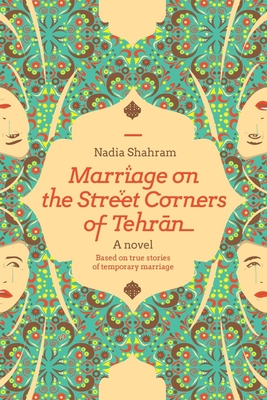 Marriage on the Street Corners of Tehran

A Novel Based on the True Stories of Temporary Marriage

At age twelve, Ateesh is forced into an arranged marriage with an abusive man. When she objects, she is told that she "needs a man's name on her, to protect her." While in one era that would have been the end of her story, here it is just the beginning for a young woman determined to make her own decisions. She engages the help of other strong women who, despite worries about family honor, eventually help Ateesh obtain a divorce and enter the path to a new life that leads to university. Learning there about modern relationships, independence and control become even more important to her. Rather than submit to the oppressive control of another man, she decides to use men to gain independence from them.

This decision leads her to enter into multiple "temporary marriages," a form of prostitution sanctioned by society and religion through a skewed interpretation of the Koran and Islamic law. We follow Ateesh in the coming years as her world becomes increasingly complicated and divided--one life behind closed doors as a siqeh and another as a university student and researcher working for women's equality.

Based on interviews conducted by the author, Ateesh's story represents the compelling accounts of legal and cultural injustices that prevail in modern Iran.

Born in Tehran, attorney and professor Nadia Shahram planned to be the Iranian Barbara Walters. Interrupted by the 1979 revolution, she moved to the United States where she advocates for Muslim women's rights.

Born in Tehran, Nadia Shahram, along with her five sisters and parents, moved to the small town of Borojerd. After she was sent to Canada in 1978 to finish high school, she developed a vision for her life that included moving to the United States, becoming an Iranian version of Barbara Walters, and then returning to her home country. Although she did eventually move to the States, the rest of her dream was interrupted by the 1979 Iranian revolution and the long war that followed. Shahram currently lives in Buffalo, New York, where she practices matrimonial mediation. This is her first novel.
Loading...
or support indie stores by buying on