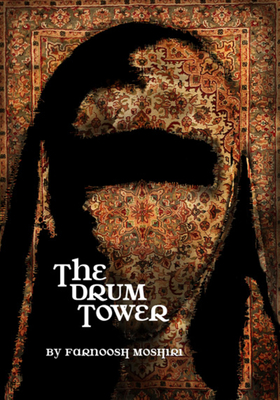 The Drum Tower is Farnoosh Moshiri's fourth work of fiction concerned with the deleterious effects of the Iranian Revolution of 1979. This novel, told by a mentally ill, 16-year-old girl, depicts the fall of Drum Tower, the house of a family descended from generations of War Ministers. Rich in characters-Talkhoon, who struggles to control the winds she hears inside her head and who tells the story; Assad, a man made evil by his love for her; Anvar Angha, Talkhoon's grandfather who has devoted his life to writing a book about the Simorgh (the mythical bird of knowledge; the Persian Phoenix) but never completes it; Soraya, Talkhoon's mother, whom we never meet but about whom myriad and contradictory stories abound-and rich in family secrets, this novel chronicles the early days of the revolution, the ruthlessness and opportunism of the competing factions, the rise of the Revolutionary Guard, the chaos and murder in the streets of Tehran, the arrests and executions, as experienced by the members of this family. The Drum Tower may be compared, favorably, to Gone with the Wind. It has already won two Barbara Deming Memorial Fund Fiction Awards and a Black Heron Press Award for Social Fiction. It has been licensed to the United Kingdom's Sandstone Press which will publish the British Commonwealth edition simultaneous with the Black Heron Press edition.

Farnoosh Moshiri was born into a literary family in Tehran. She was playwright in Tehran when the 1979 revolution broke out. When the authorities brought together Tehran's playwrights, actors, and others connected with the theater and demanded they agree to write and produce only plays the authorities approved of, Moshiri refused. Eventually she was able to make her way to the U.S. She has won several awards for her fiction, including a Barthelme Fellowship and two Barbara Deming awards.
or support indie stores by buying on
Copyright © 2020 American Booksellers Association