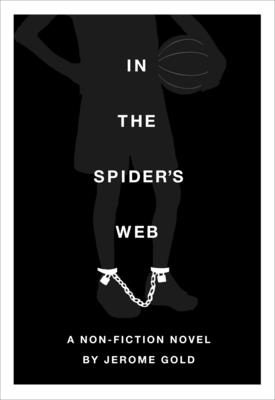 In the Spider's Web (Paperback)

In the Spider's Web is set in Ash Meadow, a prison for children in Washington State. The story centers on Caitlin Weber, a girl who, in collusion with her mother and four other children, murdered her mother's employer. While the murder is briefly depicted, it is with what happens afterward to two of the perpetrators, particularly Caitlin, that the story is primarily focused.

Arrested less than a week following the murder, Caitlin and her best friend, Sonia, are charged as adults and each sentenced to 22 years in prison. Caitlin was 13 years old; Sonia was 14 years and one week old. Neither had been in legal trouble before. Upon sentencing, they were sent to Ash Meadow where they would stay until they turned 18. Then they would be transferred to Purdy, a prison for adult women, to serve the remainder of their sentences. In the Spider's Web focuses on Caitlin's experience in Ash Meadow and on her relationship with Jerry, her rehabilitation counselor (and the author of this book). Part I of the book provides the reader with a feel for the prison environment that awaits Caitlin, and introduces the reader to the staff and inmates of the Maximum Security unit where Caitlin will live for most of her time in Ash Meadow. Part I also introduces the reader to the relationships between staff, and between staff and the administrators who govern the prison, which relationships will have an effect on Caitlin.

Part II begins with Caitlin's arrival at the prison and the start of her relationship with Jerry. The relationship is rocky at first, because Jerry has the same name and is around the same age as the man Caitlin helped to kill. Although Jerry does not know this at first, Caitlin is effectively haunted by her victim. She is assailed by guilt over what she did, and anger toward her mother whose idea the murder was. She struggles with depression and has contemplated suicide. She wants t deny responsibility for her role in the murder and resents Jerry for bringing up the past when she wants to forget it. But as their relationship progresses, they develop respect and even love for each other, she for him because he does not judge her and because she senses that in some way he is like her; he for her because, despite her sometimes feeling overwhelmed by prison life, something in her insists that she keep trying to better herself, to make life tolerable for herself even in confinement. He is the surrogate for the father who abandoned her when she was small, and she is the daughter he lost when he was divorced.

Eventually Caitlin is transferred to the adult prison at Purdy and Jerry resigns from his job. In an epilogue, the reader sees that their relationship, while changed, continues. Leonard Chang, author of Triplines and Over the Shoulder, provides this testimonial: "In the Spider's Web takes a penetrating look into the lives of juvenile prisoners caught in their traumatized circumstances and struggling to maintain a semblance of normalcy. Jerome Gold has transformed his years of experience as a rehab counselor into a riveting and important narrative, offering insight into a difficult world that is at times harrowing as well as deeply moving. This is a resonant and significant book."

Note: In the Spider's Web is the second book to be published concerning the author's experience as a counselor in Ash Meadow. The first book was published under the title Paranoia & Heartbreak:Fifteen Years in a Juvenile Facility. A third book is underway.

Jerome Gold is the author of fifteen books, including The Moral Life of Soldiers and the memoir, Paranoia & Heartbreak: Fifteen Years in a Juvenile Facility. Russell Banks said about this book: “I’ve finished reading Jerome Gold’s terrific book cover to cover without a break… It’s a powerful and very tenderhearted book without a soupçon of sentimentality. Unforgettable!” Mr. Gold’s novels include Sergeant Dickinson, about which the New York Times Book Review said: “[It] belongs on the high, narrow shelf of first-rate fiction about battlefield experience.” He has published stories, essays, reviews and poems in Chiron Review, Moon City Review, Fiction Review, Boston Review, Hawaii Review, and other journals.


Praise For In the Spider's Web: A Nonfiction Novel…

“In the Spider’s Web takes a penetrating look into the lives of juvenile prisoners caught in their traumatized circumstances and struggling to maintain a semblance of normality. Jerome Gold has transformed his years of experience as a rehab counselor into a riveting narrative, offering insight into a difficult and at times harrowing world. This is a resonant and important book.” — Leonard Chang, author of Triplines and Over the Shoulder

“In the Spider’s Web should be required reading for anyone wanting to understand the shadow world of children’s prison. Gold portrays the tragedy of these abused and neglected children’s lives with a clear-eyed recognition of their crimes, some of them horrific, along with a deep compassion for the horrors they themselves have suffered. He reveals with simplicity and honesty the day-to-day bureaucratic tensions of a counselor’s life, the physical dangers of dealing with damaged children, and the frustration and disappointment when attempts at rehabilitation fail, but also the reward of elation during the small moments of success. There is love here too, and that most eminent of human virtues: the willingness to suffer for the sake of someone else.” — Joanna Catherine Scott, author of An Innocent in the House of the Dead and Child of the South

“There is a quiet anger that grinds through prison writing. A compulsion to tell the world what goes on inside locked wards, accompanied by the equally powerful sense that anyone willing to look may be suspect. Jerome Gold, who writes of the years he spend working in a Washington state juvenile lockup, describes these feelings with sharp economy in his spare, sometimes devastating new book, In the Spider’s Web. Stark realism is the book’s greatest strength. In the Spider’s Web reads like a diary, rat-ta-ta-tat facts interspersed with passages of sudden eloquence… Honesty…is the most valuable aspect of [Gold’s] work.” — The Seattle Times

“Striking, deeply honest, and sensitively told, this [nonfiction] novel based in real life considers juvenile prisons and all its dramas…the stories Gold relates are often disturbing, but they are beautifully told from a sober and compassionate perspective.” — Foreword Reviews