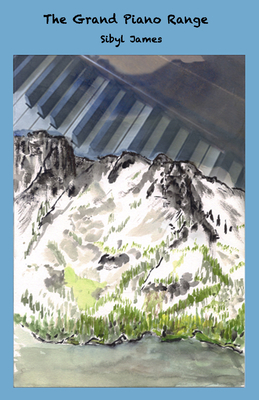 The "range" of the poems in Siby James' new collection, The Grand Piano Range, is political and personal as well as geographic. Many of the poems are grounded in the Pacific Northwest: Alaska, Oregon, and, most often, Washington where James has been a longtime resident. James is interested in the back roads, small towns, and good bars where a barmaid "shares Wild Turkey on the house" and a neighbor is the guy who takes your shift the night your baby's born.

But this range extends beyond the Pacific Northwest with poems powered by political investigations. They protest the loss of squatter's rights in Appalachia. They speak of both the exuberance of Pele, goddess of volcanoes in Hawaii, and the privations experienced by Chinese laborers there. They recount the disasters of the civil wars and US complicity in them that ravaged Central America in the 1980s. Closer to home, there are poems that confront the American gap between rich and poor.

In this collection, the personal and the political clearly coincide. There are plenty of love poems here, but usually embedded in larger contexts. The invitation of "Going Places" includes tramps on a train; "Intersection" is the Platonic love of a Jewish tailor who wants to make a coat to protect his American clien from pain.

This collection provides both a lyric and a narrative account of the late 20th century from a specific American point of view.

Sibyl James is the author of ten books—poetry, fiction, and travel memoirs—including In China with Harpo and Karl and The Adventures of Stout Mama. She has taught at colleges in the US, China, Mexico, and, as Fulbright Professor, Tunisia and Cote d'Ivoire. As writer in residence, she has worked for the Washington State Arts Commission, the Seattle Arts Commission, and the Seattle School District. She has received awards for her writing from Artist Trust and the Seattle, King County, and Washington State arts commissions.


Praise For The Grand Piano Range…

“These poems are suffused with a profound sense of the land and people that Sibyl James has encountered. The book is a road trip around this country and beyond. James is an inveterate traveler (and travel writer) and keen observer of all she sees. She looks beneath the surface to find the story behind the obvious, and reports it in beautiful verse. From the small towns of the Northwest to the grit of the inner city, then back to her natal Midwest where she sees the “hunched backs of corn and soybean farmers” and hears the “sassy tongues” of seventeen-year-olds, and on to Central America to bear witness to the horrors of war. This wonderful book is a journey into humanity and justice and love.” — Judith Roche, author of All Fire All Water

“In her poems, Sibyl James writes “the only history worth repeating”—that of our isolated selves seeking love while knowing shared longing, and knowing too that it is “as close to harmony” as we’ll get. This unvarnished truth plays out in James’ poems set in failing small towns in the West, or Midwestern farm towns she remembers from childhood. At once humorous and wistful, the poems in The Grand Piano Range perfectly express our unanswered longings. We are “like separate stones/ that pitch down cliffs together, and have no word/ for avalanche.” — Emily Warn, author of Shadow Architect

“There are good reasons why the poems in this volume have appeared in over thirty literary magazines and anthologies: they are often brilliant, and richly endowed with language and imagery. Sibyl James is an extraordinarily gifted poet.” — James Bertolino, author of Ravenous Bliss: New and Selected Love Poems, his 12th volume of poems