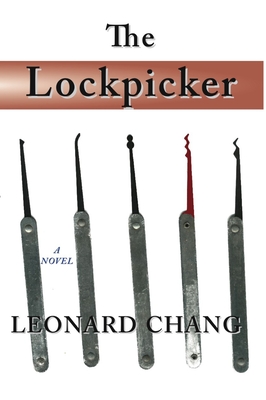 Jake Ahn, burglar and jewel thief, gets involved in a burglary in Seattle that turns violent when his partner tries to doublecross him. Escaping to San Francisco, Jake looks up his brother, Eugene, and finds himself in the middle of Eugene's marital and career problems, while gradually becoming attracted to Eugene's wife, Rachel. The brothers' painful memories of their childhoods are awakened with this visit, while Jake eventually turns back to his criminal pursuits, and involves Rachel. Meanwhile, Jake's ex-partner continues his search for Jake, and the result is a violent convergence of events.

Leonard Chang was born in New York and studied philosophy at Dartmouth College and Harvard University. He received his MFA from the University of California at Irvine, and is the author of six previous critically acclaimed novels. His books have been translated into Japanese, French, and Korean, and are taught at universities around the world. His short stories have been published in literary journals such as Prairie Schooner and The Literary Review. He writes for the TV drama, Justified.

Praise For The Lockpicker…

“Jake Ahn, the titular thief of this blunt and often brutal crime novel from Chang (Fade to Clear), shoots his former partner, Bobby Null, after the latter betrays him in Seattle, and runs off to San Francisco (with a backpack containing $8,755 in cash) to hide with his brother, Eugene. Jake starts selling jewels, setting up his next score, and falling in love with Eugene’s wife, Rachel. Meanwhile, the mentally unstable Bobby luckily survives the bullet in his gut and embarks on a quest for revenge. Chang spends a little too much time on the flashbacks to Bobby and Jake’s brief partnership, but the sexual tension as Jake and Rachel fall for each other in the present day more than compensates. Also engrossing are both Bobby’s amateurish, often violent search for Jake and the detail Chang provides about robberies, from casing the stores to fencing the loot. Fans of hardboiled and caper novels will be satisfied.” — Publishers Weekly

“Jake Ahn, the Korean American star of this immensely entertaining novel, is a thief, burglar, and safecracker—in short, the sort of charismatic scoundrel one would meet in a Hitchcock movie. But Jake hates talk like that. “Reality is brutal,” he says, and demonstrates. We join him in flight to Los Angeles from a partner’s betrayal in Seattle. The partner would up being gut-shot—by Jake—and left for dead in a dumpster. Jake hopes to hide out with his brother, with whom he’s had a rocky relationship dating back to childhood. Here’s where Chang carefully darkens his story without compromising the relentless plotting. Jake’s brother is a disaster in his job and his marriage, and his desirable wife hooks up, in all senses, with thieving Jake. “It’s all tax free,” she marvels as they plot a heist. But the body in the dumpster has crawled out seeking revenge, and Jake’s sad brother is catching on. The finale is 50 pages of beautifully choreographed violence that manages to be witty and thoughtful through all the mayhem.” — Don Crinklaw, Booklist

“Intricate details make this heist-centered crime story literary and memorable. Leonard Chang’s novel The Lockpicker is a bit of a hybrid—a pulp crime novel that also becomes a story about the effects of a violent upbringing on an adult’s choices. Entertaining and with a well-paced literary style, this simple crime story becomes something more memorable.
Jake Ahn is a professional jewel thief who has to flee his home in Seattle after a robbery goes bad. His partner tries to burn him, and he leaves that new partner for dead in a dumpster. Without anywhere else to go, Jake pays a surprise visit to his brother Eugene in San Francisco. Eugene has his own problems—a work life that’s falling apart, serious financial woes, and a marriage in peril. While staying at Eugene’s apartment, Jake has to deal with selling the stolen jewels he brought with him, while using his lock-picking skills to plan additional heists. At the same time, he develops complicated feelings for his attractive sister-in-law and has to deal with how the physical abuse he and his brother suffered as children shaped their relationship. Unbeknownst to him, he’s also the target of his former partner, who survived and is bent on getting revenge against Jake—if he can find him—and is brutally interrogating possible contacts along the way. The story uses its time line well, interspersing Jake’s stay in San Francisco with scenes from the house robbery that got him into that predicament, the parallel story of his former partner’s process to track him down, and flashbacks to scenes from Jake and Eugene’s childhood. All these plot points work up to a seemingly inevitable conclusion, but there are enough interesting details and snappy dialogue along the way to make the journey there work. The book uses a great deal of detail in describing how Jake picks locks, how he learns to crack safes, and how he tries to figure out which jewelers and pawn shops might be willing to purchase clearly stolen merchandise. That attention to detail pays off, and helps make The Lockpicker a solid genre novel.” — Jeff Fleischer, Foreword Reviews