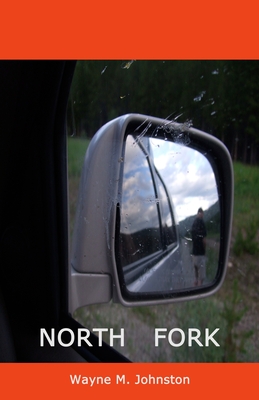 Dreams of escape from her privileged but empty life are only fantasies until Kristen finds a Canadian birth certificate under her mother's jewelry box. Kristen has no memories of her early childhood or her biological father. Her stepdad controls her secretive mother, and Kristen cuts on herself. Even her best friend, Natalie, doesn't know she is haunted by thoughts of suicide. The questions raised by the birth certificate are so unsettling that Kristen decides to run away.

Corey was alone the night that Kristen ran away. He has a past and he is known as a trouble maker. He is blamed by both the authorities and kids in school for having murdered Kristen, though her body has not been found. Even his mother believes he is guilty. Natalie, who has her own reasons to despise Corey, grieves for Kristen and also blames Corey.

But Kristen has crossed into Canada and is making a new life for herself, unaware what is happening in her absence back in Washington state. She finds a kind of peace she's never experienced, until what started as an innocent relationship with an older man becomes dangerous. Now, stalked by a real predator, she must decide whether to stay and resolve her new problem or return home and confront her former life.

The three main characters tell their stories separately as first-person written responses to an English class assignment to keep a personal journal. Each struggles to face life with integrity while entangled in a web of difficult situations. To triumph, each must confront the challenge of forgiveness.

Wayne M. Johnston taught English, Creative Writing and Publications at La Connor High School in Washington state for nineteen years. Prior to that, he worked on tugboats for twenty-two years, usually as chief engineer, towing freight barges between Canadian and American ports. In 2011, he won the Soundings Review First Publication Award for his essay, "Sailing." For his debut novel, Northfork, he drew from his years of experience in reading student journals to reproduce the way kids voice serious matters to a trusted adult. He lives with his wife, Sally, on Fidalgo Island where he is working on another book.

“The premise of North Fork sounds all too familiar—it could be ripped from today’s headlines. A high school girl goes missing and a loner kid is the primary suspect in her disappearance. Families are broken, relationships are strained, trust is in short supply. But don’t let that scare you away from checking out this compelling Young Adult novel by Wayne M. Johnston. A retired La Conner High School language arts teacher, Johnston draws from his years of experience in the classroom for this story. He nails the way teens talk and does a pretty good job of describing the restrictions and frustrations that these incipient adults are grappling with. The story revolves around three young people as narrators. Kristen is the good student who toes the line and is pretty and well-liked, but her mom and stepfather drive her crazy with their materialism and controlling ways. Kristen’s best friend, Natalie, is tougher—an outlier who at an early age was abandoned by her mom. She is living with an aunt who is cool but stretched thin. And Corey is the boy whose biological dad is an alcoholic, and whose violence-prone stepdad makes his life a living hell. Corey’s method of coping is to stay away as much as possible. He creates a hideaway out along the North Fork of the Skagit River, and when he and Kristen become unlikely friends, he shows it to her and unwittingly gives her the idea for running away. Kristen comes across some information that suggests her mom has not been truthful about her identity. To forge her own authentic life, she decides to make her way to Canada, but she wants to throw people off track, so when she arrives in Victoria, she arranges with someone who is traveling to Hawaii to take a letter she’s written to her folks, and mail it from there. That way they’ll know she’s alive, but if anybody is looking for her, they’ll be looking in the wrong place. But the letter doesn’t get mailed. Meantime, back in the Skagit Valley, Corey was the last person seen with Kristen, and law enforcement believes he is responsible for her disappearance—during the investigation of the case, which turns up some evidence that seems to be incriminating, he is locked up in juvenile detention. Natalie, who had a bad run-in with Corey years earlier, is ready to believe the worst about him now. In braiding these narratives together, Johnston creates a page-turning tale. Those of us who are teens, or who remember what it was like to be a teen, or who live and work with teens, will recognize the authenticity of these lives. One criticism—the author endows his young characters with perhaps more capacity for introspection involving sophisticated interpretation of literary texts than most kids would actually muster. But hey, an English teacher is permitted to dream. North Fork rewards its readers with hidden nuggets of wisdom concerning trust, resilience and—when warranted—forgiveness.” — Bellingham Herald and Kitsap Sun

“Gr 9 Up—When golden girl Kristen goes missing, everyone in the area around Anacortes, WA feels her loss and is quick to blame the person she was last seen with, Corey, a troubled loner. Once the police find Kristen’s blood at the campsite where Corey hides out from his abusive stepfather, the teen is locked up in juvenile detention as a suspect in her murder. No one believes his story of innocence, least of all Kristen’s best friend, Natalie, who knows the details of Corey’s sordid past all too well. Yet nearly as soon as the stage is set for a riveting whodunit, the narrative switches. Kristen, exhausted by pretending to be someone she isn’t in her seemingly perfect life, has run away to British Columbia and has been trying to make it on her own, never realizing that her friend Corey would be catching all the fallout of her decision. Natalie, under the impression that Kristen is dead, grieves for her friend…. Themes of struggling to survive emerge, engaging mature readers as they discover how these teens deal with stalkers, juvenile detention, and the consequences of reckless decisions. Because of its dynamic plot and relevant themes, the novel has a lot of promise, but misses the mark at times. Some of the characters’ actions and motivations seem unrealistic, and there are a few plotlines that fizzle without reaching a satisfying conclusion. VERDICT: A good recommendation for reluctant readers” — School Library Journal

“When Kristen disappears one night, her absence leaves a gap that affects everyone, especially two people her own age. Kristen’s best friend, Natalie, grieves for her missing friend, even while finding herself on the cusp of a new relationship with a boy that’s based on trust, a relationship she’d love nothing more than to tell Kristen all about. But that’s impossible, because Corey killed Kristen. At least, that’s what Natalie and the rest of the town thinks. But, as Corey writes in his journal, ‘I could never hurt her.’ Corey and Kristen were friends. In each other, they found someone who understood what it felt like to be on the outside of things. Unfortunately, Corey was in the wrong place at the wrong time, and he’s getting the blame. If Kristen knew, she’d come back, but her story takes place far away from her friends. Johnston weaves a braid of three first-person narratives into a solid plot, creating believable teen characters who find themselves struggling against adults who don’t always take their best interests into account. The narrative manages to be suspenseful, even as the main mystery is revealed almost immediately, and the final puzzle is satisfying, though occasionally the dialogue and inner monologues feel forced. Corey’s an unspecified part ‘Native,’ Kristen’s dark-skinned, and Natalie’s likely white; the story is set in the Seattle area. Overall, the tripartite narration works well to deliver a suspenseful story.” — Kirkus Reviews

“Wayne M. Johnston explores the inner struggles of three kids as they maneuver through teenage angst and difficult family situations. When one of them suddenly disappears, all three of these unique and vastly different individuals are drawn together in ways that will change them forever. North Fork will keep the reader anticipating what will happen next until the very end.” — Stacia Decker-Ahmed, author of The Weirder the Better

“In North Fork, a girl goes missing, affecting the lives of all the people around her. Kristen, the girl who vanishes, is one of three narrators of the story, along with her best friend and the boy who is the prime suspect in Kristen’s presumed murder. The male and female voices are authentic and engaging. One of the salient themes is consequences, and it is interesting to observe how both major and minor characters deal with the fall-out from Kristen’s disappearance, how it draws some people together and pulls others apart. Reminiscent of a youthful, searching Gone Girl.” — Laurie Blauner, author of The Solace of Monsters and Infinite Kindness

“This is a novel that examines the redemptive power of faith and trust, of resilience, of ambition and hope, of the high cost of secrecy and willful blindness. Johnston brings not only the required tools of imagination and artistry to this book, but an authentic empathy for his characters.” — Sam Green, Inaugural Washington State Poet Laureate