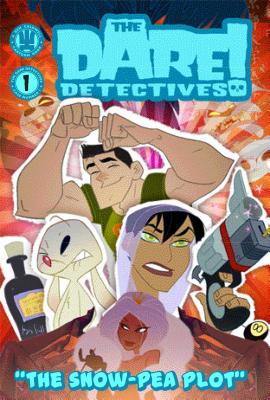 Reformed crook Maria Dare has assembled a team of misfits to crack the world's weirdest cases They have brains...they have guts...but they don't have a clue And in their first adventure, the Dare Detectives are finished Rent's due and their license is suspended, but Dare's going-out-of-business festivities are interrupted by Madame Bleu -- whose abominable snowmen pets are on a chef-stealing, radio-robbing, snowpea-swiping crime wave Dare races against the clock to hunt down Madame Bleu with the help of corrupt cops and Chinatown's old crime boss. But can these bunglers really prevent the most audacious -- and inexplicably convoluted -- crime of the century?

Ben Caldwell graduated from the Parsons School of Design for Illustration, and Eugene Lang College for Ancient History. He lives in New York with his wife, baby daughters, dog, and large collection of Chinese murder mysteries. He also wrote a series of graphic novels called Dare Detectives.
Loading...
or
Not Currently Available for Direct Purchase